Say on Pay: What you need to know

Say on Pay is a term used in corporate law to describe a role in which a company's shareholders have the right to vote on executive remuneration. It is sometimes abbreviated to SOP. Say on Pay is a nonbinding required shareholder resolution proposed by a company's management. The investors are asked to approve the pay package for the company's listed executive officers (the CEO, CFO, and the top three most highly compensated executive officers).

Managers at a corporation are likely to overpay themselves because they are allowed to do so, either directly or indirectly, as a matter of general management power. Directors are elected to a board of directors, which has a fiduciary duty to preserve the corporation's interests. A compensation committee normally decides executive remuneration made up of board members in major publicly traded businesses.

Say on Pay is a UK effort started by the Directors Remuneration Report (2002). The board of directors is mandated to submit executive compensation for voting at the Annual Shareholder Meeting to better compensation transparency. Several countries, including the United States (US), Australia, the Netherlands, Norway, Switzerland, and Sweden, have followed the UK in enacting similar legislation.

Corporate law established Say on Pay measures to limit excessive payments and remuneration to high-ranking executives. In reality, company managers or executives are supposed to be compensated, but these authorities have a tendency to overpay themselves, which is why “Say on Pay" was introduced. Say on Pay establishes a board of trustees with a fiduciary duty to preserve the firm's interests.

Say on Pay enables a company's stakeholders to choose the best remuneration plan for its senior executives. Despite the effectiveness of say on pay, it has been subjected by several corporations. For example, the shareholders of Vodafone voted against Sir Chris Gent receiving 13 million shares in July 2001. In April 2005, shareholders voted against Niall Fitzgerald, the former chairman of Unilever, who received 1.2 million dollars after revenues plummeted in 2005.

In June 2007, 15% of Tesco shareholders voted against an 11.5 million bonus addition to the CEO's remuneration, Sir Terry Leahy. The right to vote on compensation arose as a result of a backlash from stakeholders who were unhappy with the amount that the corporation was paying.

The establishment of Say on Pay

Say on Pay is a legal requirement that allows a company's shareholders to regularly vote on an executive's salary and general compensation policies. The ability of shareholders to actively engage in a process that determines executive salaries is referred to as "Say on Pay." This shareholder Say on Pay function is backed by corporate law and is used regularly in most public businesses. Say on Pay can also be considered a significant stakeholder advisory vote on payment and remuneration.

Executive pay in publicly traded firms is still one of the most relevant and contentious themes in scholarly discourse. The possibility for misalignment with business success, which is often linked with management opportunism, is highlighted by regular, significant payouts to executives. As a result of this threat, a set of corporate and institutional tools has been established to assist businesses in reducing potential agency conflicts caused by executive compensation.

Boards of directors and compensation committees, the major and most essential governance structures for reviewing executive compensation at the company level, have not always matched executive compensation with firm performance. On a more institutional level, the adoption of Codes of Good Governance in many countries, which bring together a collection of suggestions to support executive compensation alignment, has not resulted in a stronger correlation between executive salaries and business success. These inefficiencies have sparked the establishment of new corporate governance tools, one of the most notable beings Say on Pay.

The literature on the effects of Say on Pay and studies looking into the consequences of Say on Pay in terms of the executive pay-setting process have yielded varied results. While some study suggests that Say on Pay is an effective mechanism for aligning executive remuneration, others find no apparent influences. Some even suggest that Say on Pay has the opposite effect.

Supporters of “Say on Pay” claim that the changes strengthen the connection between the board of directors and shareholders by ensuring that board members perform their fiduciary responsibilities. Critics argue that "Say on Pay" does not efficiently or comprehensively monitor remuneration. It is a reactive rather than proactive policy because it does not affect the Board of Directors immediately. Some say that it is counterproductive because it weakens the Board of Directors' authority. Depending on regulatory requirements or internal business policy as established by proxy votes, the effect of "Say on Pay" measures might be binding or non-binding. 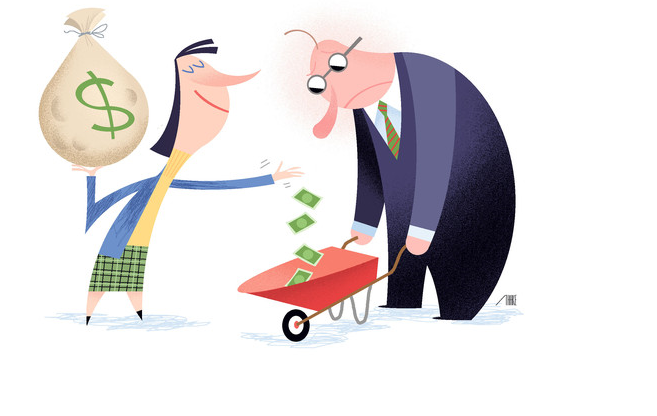 Furthermore, most shareholders who are too little to have any substantial impact on company choices may regard the effort to understand and discuss executive compensation as fruitless since they believe their Say on Pay votes will not have enough influence on the board to generate a significant reaction. Given the length and complexity of corporate disclosure materials, particularly on executive compensation, the opportunity cost of getting informed before voting is relatively substantial for the average shareholder. As a result, the requisite ex-ante time and effort commitment in making educated Say on Pay vote decisions are not worth it.

Furthermore, from an institutional perspective, some studies warn of the impact of boards in persuading shareholders to vote in favor of executive compensation, even when it is misaligned, causing Say on Pay to fail in its fundamental function. The corporation can participate in impression management (or symbolic compliance) by skewing information concerning executive salaries and having the board respond to shareholder activism with largely symbolic, rather than substantial, actions.

This behavior supports the window-dressing hypothesis, which states that an executive with misaligned compensation will strive to appease shareholders by performing superficial acts that do not influence their wealth or the company's worth after obtaining a low level of Say on Pay vote support. Misaligned executive compensation legitimized by shareholders by a positive Say on Pay voting outcome, according to Mangen and Magnan (2012), becomes entrenched and socially acknowledged, making it impossible to modify without significant social, functional, or political pressure.

These negative impacts of Say on Pay are more likely to emerge in companies with overcompensated executives who earn suboptimal compensation that is considerably misaligned with business performance and who receive a lot of Say on Pay support. According to a study, favorable Say on Pay outcomes leads to more misaligned executive remuneration packages in succeeding years for these companies. Firms with overcompensated executives earn a high proportion of Say on Pay approval, according to Morgan et al. (2006), may see the vote as the strong support of the boards monitoring their executive's performance. The decision could send a message to the executive and the board who have previously shown their commitment to the executive's overcompensation that shareholders have relinquished their oversight responsibilities, thereby exacerbating subsequent expropriations and agency expenses.

The foregoing factors lead us to believe that a strong Say on Pay support in companies with overpaid executives will legitimize board of director pay-setting processes, exacerbating the following misalignment of executive compensation with firm performance. 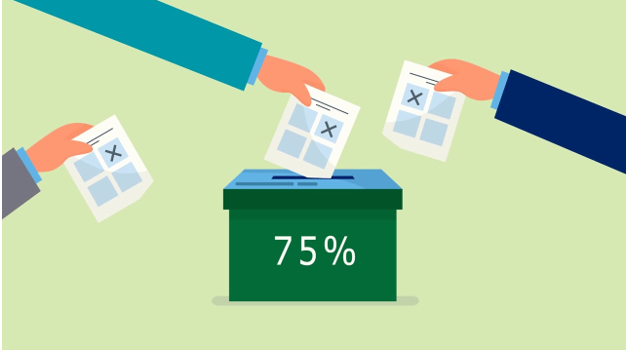 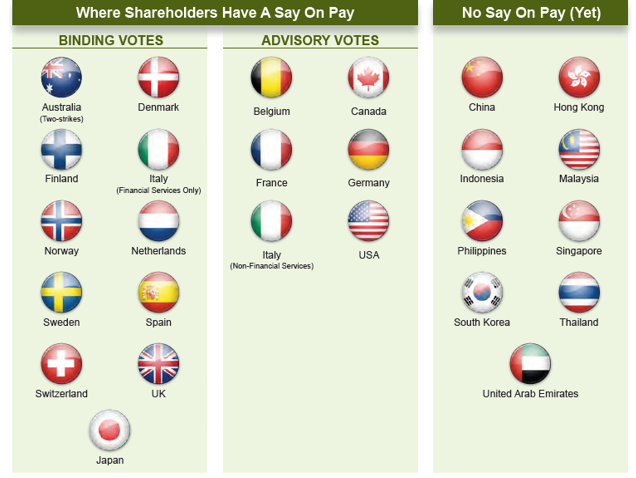 A Say on Pay can either be an Advisory Vote or a Binding Vote depending upon the jurisdiction (see the chart below).

Shareholders vote on remuneration-related proposals in Advisory Vote. The votes, on the other hand, do not bind a corporation. As a result, they enable shareholders to voice their approval or disapproval of the executive's salary. If a corporation receives many "No" votes, it will only serve as a strong signal to the company to make adjustments the next year.

A binding vote gives shareholders a legally binding vote on the business's future remuneration policy, framework, and targets for the coming year. The corporation can only make payments by the policy.

According to agency theory, business owners should build governance systems to protect their interests and reduce conflicts that arise from the separation of ownership and management. Say on Pay is one of these techniques recently introduced by publicly-traded companies with the primary goal of monitoring executive salaries.

Several arguments support the shareholder-alignment hypothesis, which states that there is a positive correlation between negative Say on Pay voting results and executive compensation being aligned with firm performance as a response to eventually correct agency problems and increase shareholder wealth. 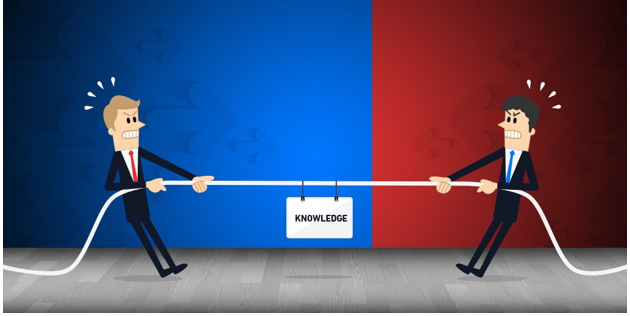 Say on Pay minimizes information asymmetry by providing more information regarding executive remuneration practices to shareholders to vote at the Annual Shareholder Meeting. Based on this information, the possibility of negative publicity and a loss of reputation for the executives due to Say on Pays' lack of support favors a more efficient executive compensation arrangement. 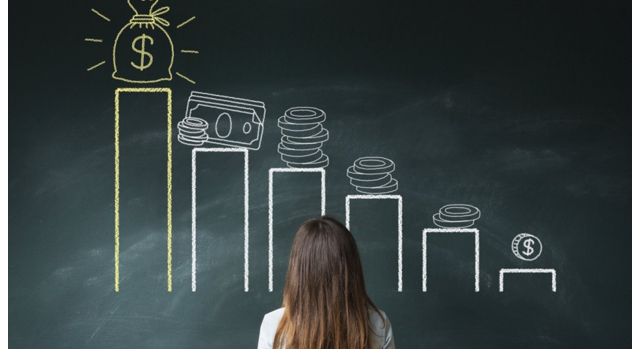 This reasoning becomes stronger as shareholders perceive more potential agency conflicts in their companies, such as rent expropriations through disproportionate payment levels that are often unrelated to the firm's value. Suppose companies in this scenario do not respond to low Say on Pay support by aligning executive compensation. In that case, shareholders will react negatively, voting against executive compensation in subsequent Say on Pay processes, eventually forcing compensation alignment. 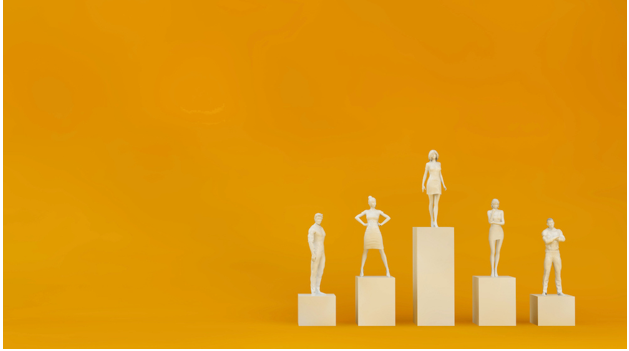 Say on Pay is a mechanism that has improved executive salary disclosure quality. The model, however, still has space for improvement. Nonetheless, as described in the article, it has already demonstrated both positive and negative effects on implementation.