As a work psychologist, I am fascinated by organizational cultures. In particular, I am regularly drawn to the gaps between how the organisation is said to function and what happens in practice. I am also a fan of science fiction and horror movies (amongst other genres). This can be a rewarding combination for me, because there are many movies featuring that archetype, the evil corporation (or, occasionally, the well-intentioned but unsafe corporation). In this article, I will be applying a model of organisational culture to the film Alien (1979). Alien sees the crew of the Nostromo, a “commercial towing vehicle” transporting ore from some far-flung system to Earth, waking up early after their ship is sent to investigate a mysterious signal. Subsequently, the crew encounters a hostile organism, as well as issues suggesting poor industrial relations. For the purpose of this article, I’m assuming readers are already familiar with the movie, so there will be some spoilers. If you have not yet watched the movie, I would recommend doing so. 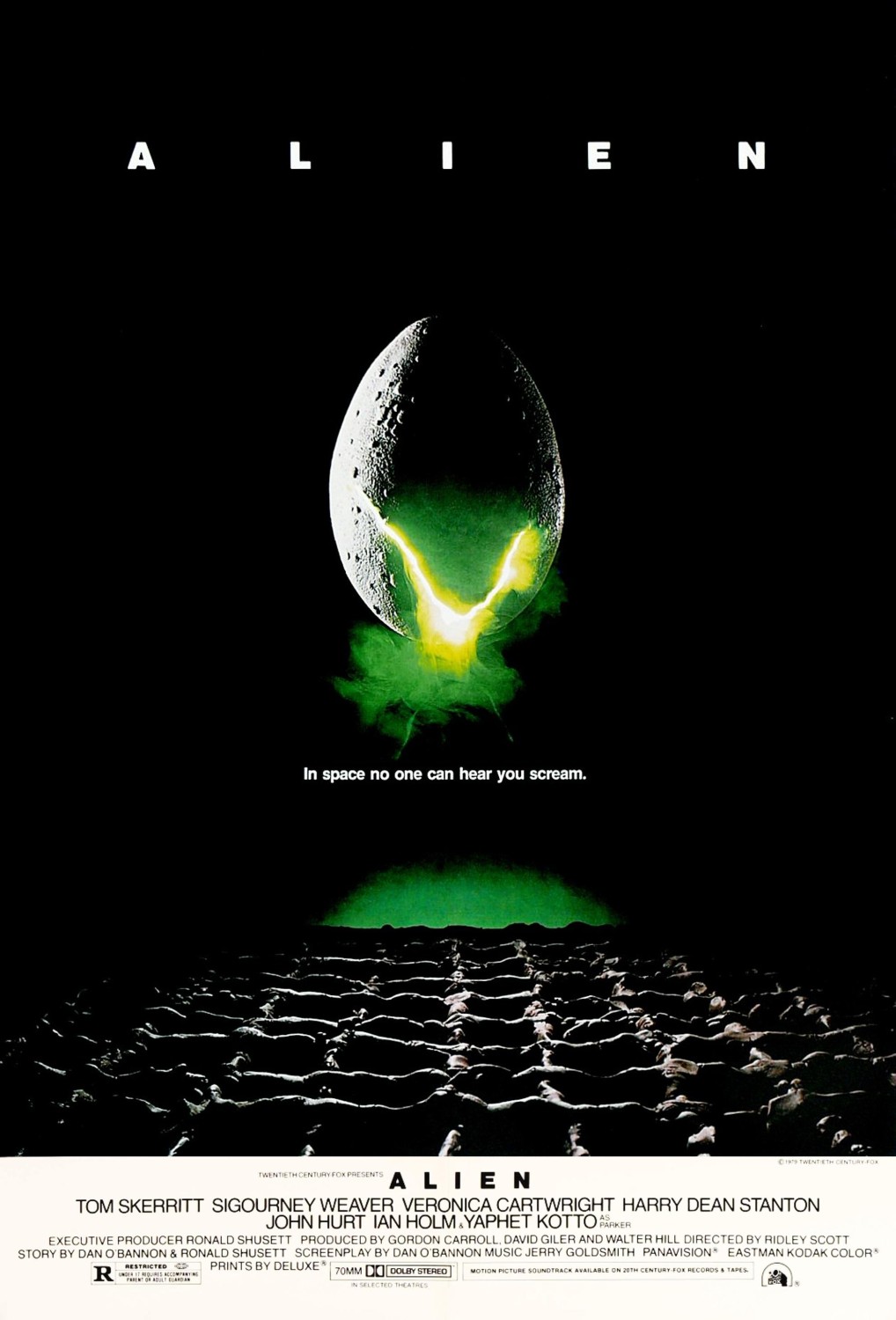 For the purpose of this article, I would like to invite you to imagine that none of the sequels (or spin-offs) were made. I used to imagine the series ending at different stages in order to enjoy the different kinds of conclusions that would occur (the series feels very different ending at Aliens compared to ending at Alien 3, for example). Over time Alien became my favorite in the series. I have watched it many times, and I have seen different things depending on where I direct my attention. For example, it can be rewarding to focus on the behavior of specific characters on subsequent viewings in light of knowledge one has gained. It can also be enjoyable to spend time savoring H.R. Giger’s art. One reason I enjoy this movie is that it spends more time dwelling on the alien nature of the hostile organism. Throughout the movie, the alien surprises the crew of the Nostromo in both its life cycle (the Director’s Cut includes a memorable scene that casts light on this) and its behavior. But in a sense, the organisation for which the crew works is also alien to viewers.

In Alien the company is never named. It is always described as “the company.” This makes sense. The crew works for this organisation, and therefore they don’t need to explain which company they are discussing. However, there is also an absence of branding anywhere in the film, whether on the ship or on the computer operating system. The crew do wear a uniform of sorts, but the badge marks them as crew of the Nostromo rather than employees of a company. Because this is a film and not an employee induction, we don’t learn much about the normal operations of the company. I didn’t think much of this until by chance I made a connection between the film’s events and Edgar H. Schein’s approach to organisational culture.

Schein is an important scholar in the field of organisational culture, and his work is well worth the read. Schein argues that some of the aspects of organisational culture are the hardest to observe. We can think of culture, in this model, as having three layers. At the surface level we have artefacts. These are aspects of the organisation that are easy to observe – things like rules and procedures, rituals and stories, policies, marketing materials, etc. They may serve to create a certain impression of the organisation (e.g. how the organisation wishes to be seen), but without further insight, the artifacts are unlikely to tell us much about what the organisation is really like. At the next level we have espoused values – who we say we are. This includes mission statements and other public declarations. Most of the time these may reflect who we think we are, but may not reflect who we are in practice. These are again observable (organisations go to a lot of trouble to share espoused values), but don’t necessarily inform us about the deepest level. The deepest level of culture is thought to be unconscious assumptions, e.g. about how the world works, or how business operates. These may only become clear to us when we encounter a surprise, e.g. when a colleague behaves in a way we think foolish, it may reflect different assumptions about how we should be at work. One useful strategy to examine these assumptions is to examine gaps between the theory and practice. In consultancy it is useful to ask “why do you do things this way,” but in watching a film we do not have that option.

In Alien there are essentially no espoused values. The company does not appear to expend effort on motivating employees through means other than money – and financial reward dominates multiple conversations in the early plot. We do see some artifacts in the sense of rules and procedures. For example, when Parker questions the directive to investigate a signal, Ash reminds him that failure to investigate would result in “total forfeiture” of shares. The financial penalty is not specified, but it appears severe. This could be interpreted as reflecting an organisation that seeks to control employees, but a consultant should avoid jumping to conclusions too soon. Following the financial theme, it is made clear that Brett and Parker have poorer pay than the rest of the crew, and perform maintenance work. It is apparent that there are differences in status, although I would wonder how clearly the social distinction is preserved when the crew works as a small team and in isolation from other people.

Where the rules become interesting is in association with Ash. Firstly, Ash ignores the quarantine procedures. When Ripley challenges this, Ash remarks that he took a risk – which Ripley perceives as unusual for the company’s science division. Ripley also objects to the dead facehugger being returned to Earth, but Ash insists. On this occasion Ash does not break a regulation: Dallas states that on issues of this kind the science officer has the final say, not the captain. Ripley’s confrontation with Dallas provides insights into how things work. Firstly, Dallas remarks “I just run the ship” – as captain his authority has limits.  When Ripley questions standard procedure, Dallas responds that “standard procedure is to do what they tell you.” In light of later scenes we can understand that both of these events are linked to the company’s agenda (set before the movie begins) of obtaining the alien lifeform. What is interesting is that the company has set policy to allow science officers to take decisions favourable to the company that captains might be inclined to prevent. We can see this as an employee being able to overrule their line manager. When procedures aren’t enough to obtain objectives, Ash is also willing to entirely ignore the hierarchy (procedurally Ripley is in command at the time Ash violates quarantine). So far what this tells us is that the company operates through a hierarchy (e.g. status differences on the ship), but that the company is not particularly attached to this hierarchy. 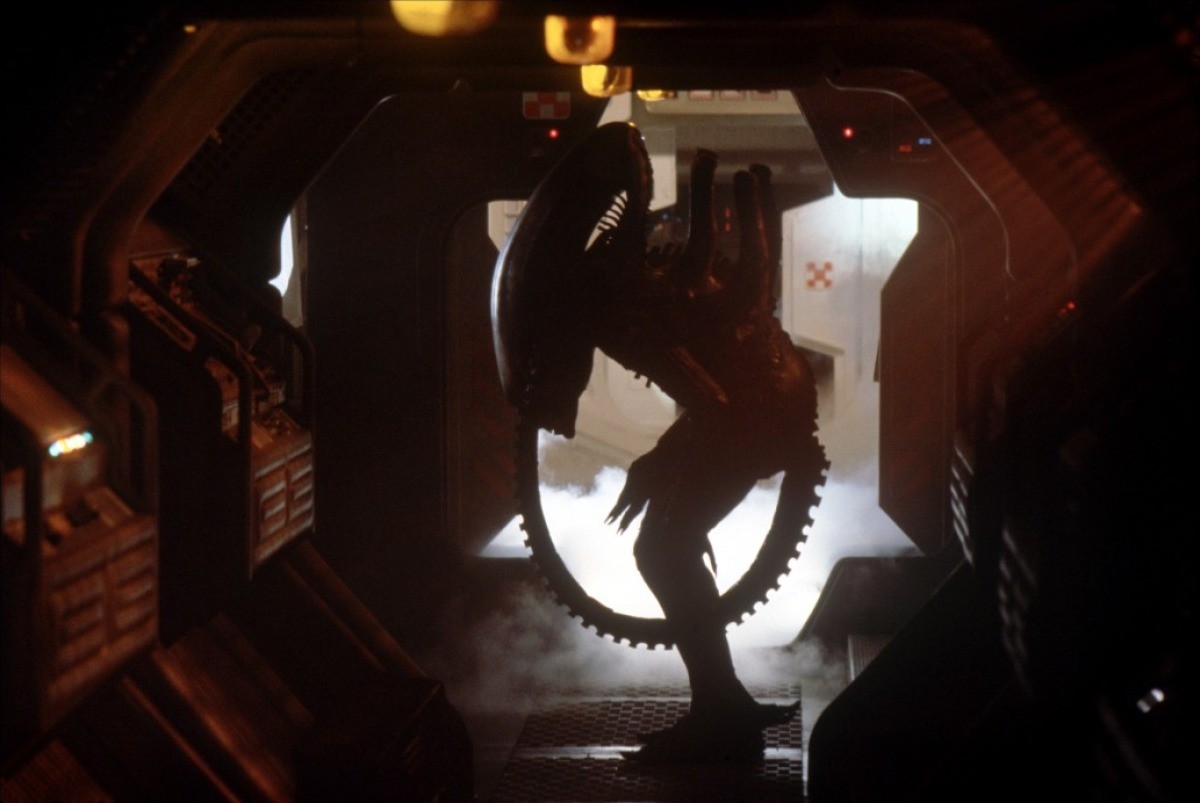 Eventually, Ripley learns about Special Order 937, which directs Ash to acquire the alien, even at the expense of the crew’s lives. Following a confrontation, Ash is incapacitated and is interrogated by Ripley, Parker, and Lambert. Ash describes the alien as “the perfect organism.” He says that “its structural perfection is matched only by its hostility.” Lambert accuses him of admiration, which Ash confesses without hesitation. “I admire its purity. A survivor unclouded by conscience, remorse, or delusions of morality.” I quote Ash because I have come to view him as the closest we can get to the company’s voice in Alien. This is why: Ash is an android who has presumably been programmed by the company (given the parameters of his mission, it doesn’t seem like the kind of thing that would be outsourced). He has likely been added to the crew specifically to acquire the alien, as a key advantage he provides is likely to be his obedience to the company and willingness to sacrifice lives. Although Ash appears to be a person, he is also an artifact (he has been made by the company), and therefore I argue his ideas and beliefs are probably those of the people who have programmed him. As such, Ash is probably speaking for the company when he expresses admiration. His speech therefore may represent the company’s deepest level of culture, its unconscious assumptions. 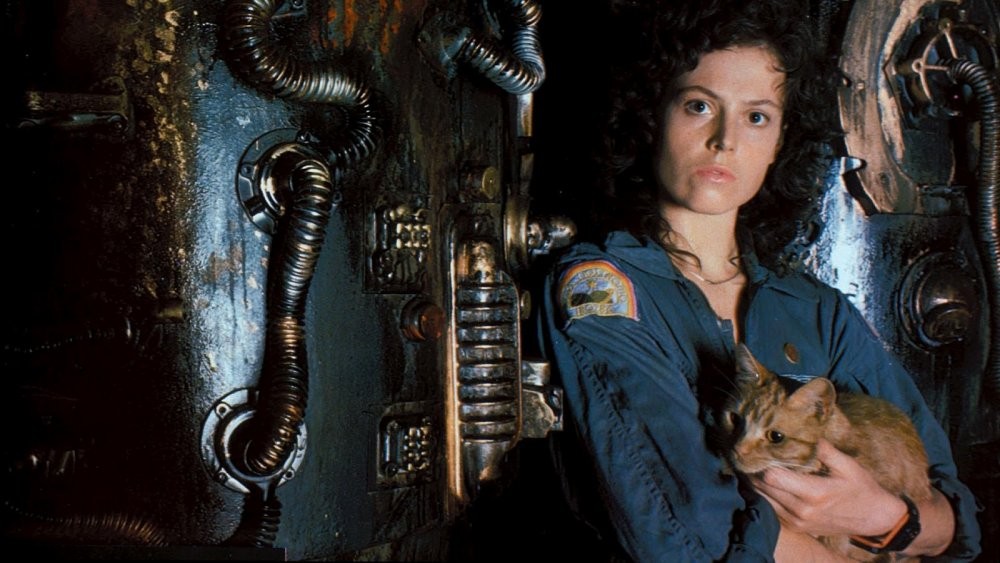 Ripley’s belief is that the company wants the alien for its weapon division. We don’t know much about the organisation to interrogate this, but the surface assumption might be that the company is willing to expend lives to achieve profit. However, I think an alternative interpretation is possible. That is not to say the company does not seek profit above all else, but that something of the company’s character is revealed. The admiration is for a hostile lifeform, devoid of characteristics we would value as humans. Does this then suggest a more aggressive and violent undercurrent to the organisation, rather than “simple” corporate neglect? In turn, this might reflect corporate assumptions that the world of business is cut-throat, amoral, reflecting a stereotyped Darwinian view. If we were investigating the corporation as practitioners (not that this strikes me as a safe consultancy project), we might perhaps expect to see hostile assumptions playing out in interactions with other organisations and perhaps customers too (we have seen that employees certainly are subject to a dog-eat-dog approach).

What I have aimed to do in this article is to show how examining and interrogating the layers of culture can help us to develop a more complete understanding than remaining at the surface. In performing this work we are not left with complete answers, but rather ideas that we can test or otherwise explore. What appears to emerge in Alien is an organisation that pits employees against each other, creates hierarchies that it is willing to circumvent, and which human life lacks any particular value. The company is initially alien in its lack of physical presence within the film, but what we can come to see is that the company, in idolising the alien, is telling us a great deal about what it is: “unclouded by conscience, remorse, or delusions of morality.” The company is the alien.

I am a psychologist committed to improving performance and wellbeing in the workplace through the use of evidence-based practice. I offer systematic approaches to addressing workplace problems drawing on the science of human behaviour.