Pay Equity: Everything you need to know

What is Pay Equity?

Pay equity is intentionally making sure that people are being paid fairly across your business. At its most basic level, it means that two people doing the same work are compensated equally. But speaking more broadly, it’s about making sure there aren't company-wide pay gaps across gender or race, so men aren't paid more overall than women, or white people aren't paid more on average than people of colour.

For many people pay equity is an automatically occurring thing but in reality, pay gaps are systematic and are always bound to happen without proper planning.

Pay equity should be about equal compensation, not just equal salaries. That is to say, look into issues to do with compensation plans and bonuses. Pay equity is meant to make sure that every employee gets satisfied with your organisation and in turn, get engaged.

In as much as small differences in pay can be unnoticeable over a short period, considering longer periods it makes it clear how important pay equity should be. According to human resources strategy firm HR People + Strategy, “two employees hired at $50,000 and $52,500 (a 5-percent difference in starting salary) will have a $200,000 cumulative pay gap over a 40-year career, assuming a 3 percent increase for each over this time.”

Some notable statistics on Pay Equity 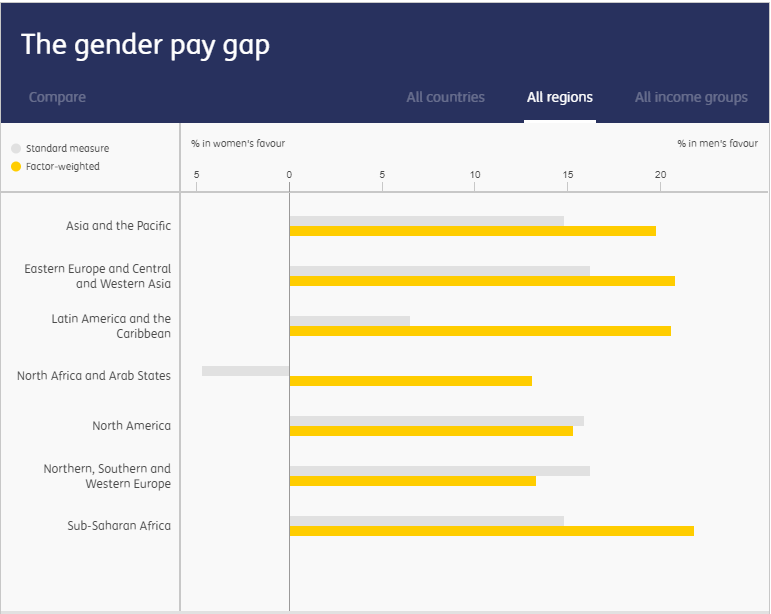 The greatest inequity exists between different genders. According to ILO 2018, the only region where pay structures are in some form of favouring women is in North Africa and the Arab region.

When data are uncontrolled, women of all races and ethnic groups earn less than white men. The largest uncontrolled pay gap is for American Indian and Alaska Native women, black or African American women, and Hispanic women. These women earn $0.75 for every dollar a white man earns, which improved by $0.01 from 2019. In other words, American Indian, Alaska Native, black and Hispanic women earn 25 per cent less than white men when data are uncontrolled for all compensable factors.

For comparison, white women earn $0.81 for every dollar a white man earns when data are uncontrolled, which also improved by $0.01 from last year. 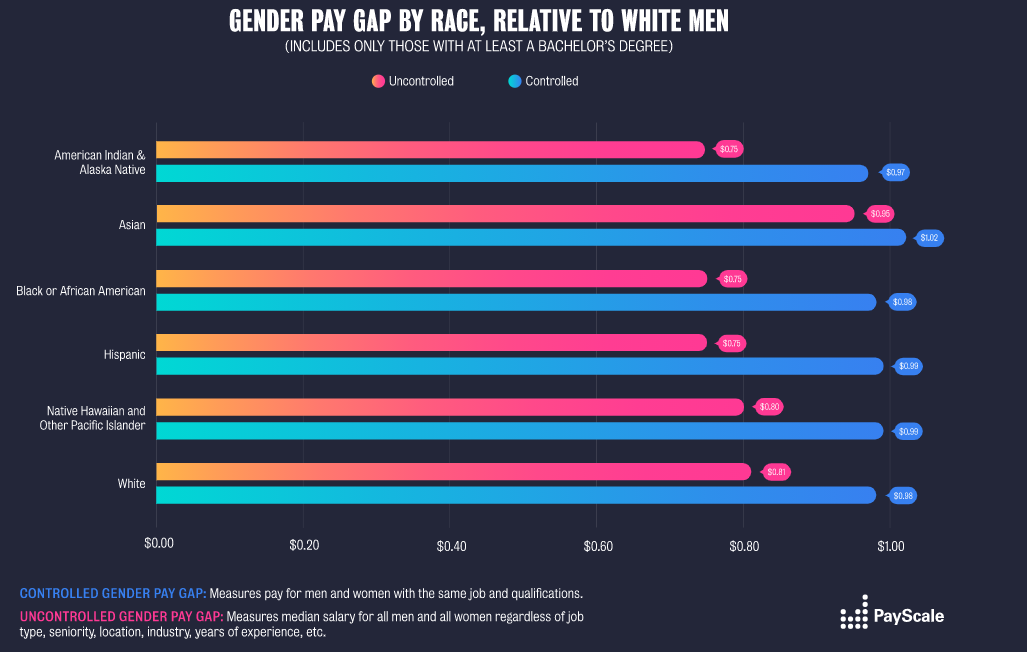 In a broader sense, pay equity moves any organisation forward if the process is conducted genuinely in a sense of good faith. If two chickens are placed in different cafes and fed differently we would expect different results. It is no doubt that the same would apply to workers in the organisation.

How to achieve Pay Equity

There is no doubt that to achieve pay equity it’s a process that will have to be done over a long period with serious assessment and commitment to achieve the goal. In as much as some organisation have managed pay equity within their organisation, at the opening of the wider picture it is clear that across organisations equity is a hard thing to achieve. I will consider pay equity audit, one method that I have found to be very effective in ensuring pay equity.

One of the effective processes to ensure you achieve pay equity in your organisation is to perform pay equity audits. PEA involves comparing the pay of employees doing “like for like” work in an organization (accounting for reasonable differentials, such as work experience, credentials, and job performance), and investigating the causes of any pay differences that cannot be justified. HR professionals typically lead the audit at small organizations (50+ employees), while larger employers (500+ employees) hire consulting firms that specialize in pay and rewards.

This process enables you to track where equity has not been achieved and help you consider reasons as to why. The following are steps to perform an effective pay equity audit.

Identifying the purpose of your analysis will dictate the methodology, timeline, personnel, required budget, and stakeholder buy-in necessary to conduct a thorough and accurate audit.

Before you even gather the compensation rates for all relevant positions, you need to understand how these rates were determined. Having an understanding of historical pay rates will not only safeguard your organization against legal action but will also help you understand the root causes of any pay inequity that currently exists.

Typically, you’ll want to include information on job title, job grade or level, department, date of hire, gender, and, depending on the scope of the audit, race, age, education level, beginning salary, and overtime pay and bonuses. Then, armed with the pay policies of your organization, you can start to gather other important information like performance ratings, punitive actions, and level of experience within the given field

Compare the work of employees with similar positions

As the name suggests, comparing is necessary to determine differences within and across organisations and determine if any differences are justifiable..

Now you will be looking to determine whether there are differences in wages that can be tied to gender, race, age, or any other criteria that is not justifiable. For example, analyzing the hourly pay among entry-level employees when comparing across gender.

Your analysis may reveal that employees performing comparable work are not paid the same wage. However, this doesn’t necessarily mean that unlawful activity is occurring. It is okay to have differences which are due to seniority, merit or any other grading factor. Adjust anywhere where differences are not justified may be due to race or gender.

It is important in conclusion to make it clear that pay equity is not inequality of wages but equality in compensation. Two security officers at the entry-level can have different wages due to the difference in working conditions and pay equity still being considered. That then means key things to note which may cause wage difference and not pay inequity are:

Equal pay for equal work. Its common sense. Let's close the gap and let's do it now.

Its time for every organisation to commit to what benefits the employer, the employee and the world at large and that’s pay equity