How to Combat Pay Compression Issues in an Organisation

A problem that is more common in organizations than most people would expect is that of pay compression. This problem is not only found in small startups but can be found in well-established organizations. The key to avoiding pay compression is to be aware of what exactly it is and how it comes about, as well as, how to conduct your business to combat it.

So, what exactly is pay compression? 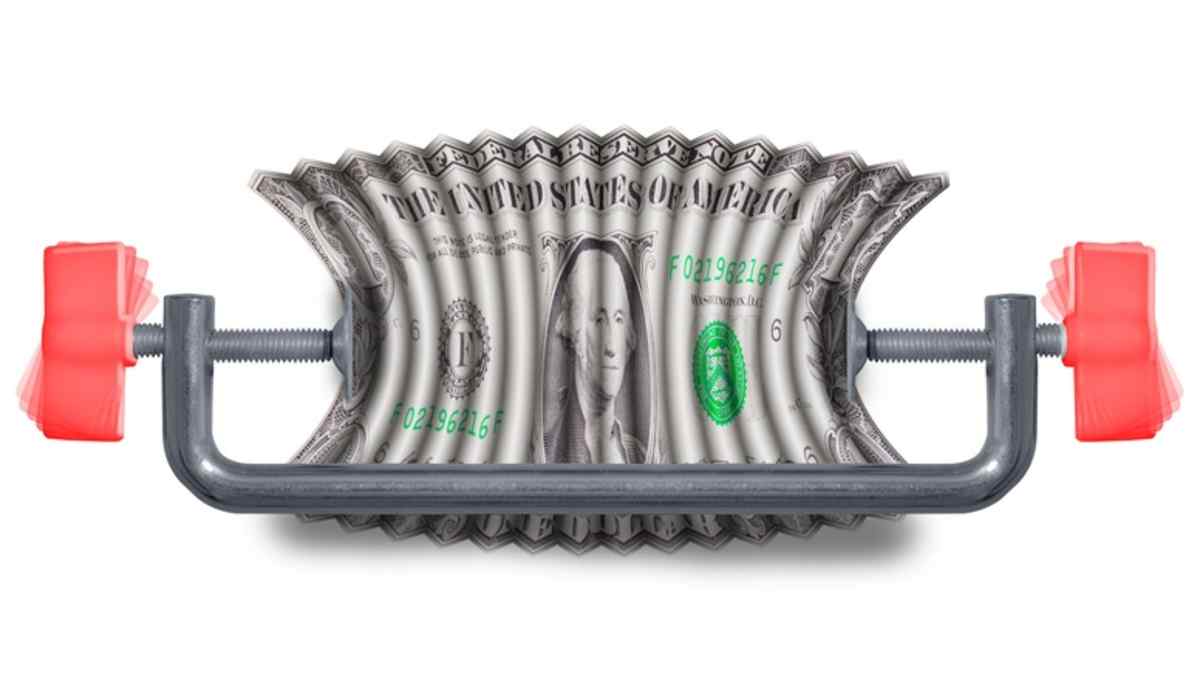 Pay compression also referred to as salary compression or wage compression arises when the relative worth of a job or the competence and credentials of an incumbent is not reflected well by the pay received by the incumbent. This can occur when there is hardly any difference in the compensation received by differing employees irrespective of any differences in qualifications, expertise, length of service, or duties. Alternatively, it can refer to instances where employees with similar responsibilities, qualifications, skill sets, and experience are paid differently. It speaks to the inequity of compensation within an organization. The most common example of pay compression in companies is when a newcomer is recruited by a company and is paid a similar or higher salary than that paid to the company’s long-serving employees. Such inequities can be rather detrimental to a workforce’s morale.

What makes pay compression such a bad thing?

Pay compression can result in reduced productivity from a once-thriving workforce. Tenured employees tend to be leaders in an organization, even if they are not in leadership positions or hold leadership titles. They play a vital behind-the-scenes role by motivating fellow employees and mentoring them in the process. However, the influence they have can work against the company if they are neglected and start to feel unfairly treated. They are likely to become demotivated and disengaged, and such attitudes and sentiments can be contagious. They may also become resentful towards the new hires and not work well with them. This can result in a less productive and disengaged workforce. In fact, according to studies carried out by the Gallup Group, disengaged employees are 41% more likely to be absent from work and 22% less productive than their more engaged counterparts. Reduced productivity is undesirable for any organization, and in the absence of price recovery, spells out reduced profitability.

These employees are likely to lose their trust in management, whom they will feel does not have their best interests at heart. This too results in disengaged employees.

Pay compression may also mean that an organization will struggle to find employees willing to be promoted to a more senior position. The benefits that come with the promotion may be outweighed by the insignificant pay raise that accompanies the significantly increased workload and responsibilities associated with the new position.

Furthermore, pay compression can result in a high turnover rate in an organization. If employees do not feel a particular organization appreciates them and values their contribution, they will look for a different one that does. The loss of key staff not only damages the morale and momentum in the organization but threatens the progress on major projects and further piles on the pressure and workload to be carried by the remaining employees.

Finally, if an organization’s pay structure is significantly out of touch with the market pay rates, this can cripple their efforts to recruit new employees. Top talent who know they're worth may not be inclined to consider companies that offer them salaries in line with what current employees with similar experience and credentials earned. Also, if it becomes known that an organization neglects its long-serving employees, potential employees may be deterred from joining the organization.

But what causes pay compression?

There are many causes of pay compression, many of which do not emanate from the organization itself but from the external job market and economic environment.

Inflation, which is the rate at which the overall price level of goods and services in an economy increases over a given period, is a major cause of pay compression. As goods and services become more expensive for the consumer, what becomes acceptable as a salary also changes to match the reality experienced by consumers. For a company attempting to hire a new employee in an inflation-affected market, the amount they contractually agree to remunerate the candidate is likely to differ from what they would have offered in a market free of inflation. This will cause pay compression especially if the company was not tracking the rate of inflation when remunerating its current employees. A 2017 Pearl Meyer study titled “Salary Compression Practices in the United States”, found that this was, in fact, the most common cause of pay compression. The study revealed that more than three-quarters of the participating companies (76.1%) believe the primary cause of salary compression within their company to be because “Longer-term employees started at lower salaries, and annual increases have not kept pace with current market demands/ inflation.”

Companies need to regularly review market salaries to prevent their pay structure from becoming out of sync with the market. This helps to ensure that pay is competitive and satisfies external pay equity. Carrying out annual salary surveys is an effective way to ascertain the level of pay prevailing in the market. This will ensure the pay structure issues adjustments/increases that keep “pace with current market demands/inflation”, and as a bonus, aid recruitment and retention efforts made by the organization.

“Hot jobs” requiring specific skills and expertise that are high in demand but low in supply are likely to drive up the amount a company offers to attract suitable talent. The aforementioned Pearl Meyer study found that 60.9% of the participating companies cited this as the primary cause of pay compression. This issue is most common in information technology and engineering/science jobs. The survey revealed that 53.9% of the participating companies are experiencing pay compression in Information Technology jobs, while 47.3% are experiencing it in Engineering/Science positions. In both these job families, it is necessary to have incumbents who have the necessary skills to operate software and equipment that accompany the technological advances made ever so frequently. Companies are then forced to pay salaries that are dictated by the market forces of demand and supply.

A competitive job market can also result in companies having to outbid each other to attract and secure top talent. If companies increase the starting salaries for new employees but do not revise the salaries of existing employees, pay compression can also arise.

The best way to deal with pay compression caused by incoming hires that have received higher than usual salaries as a result of market demand and supply is to also adjust the salaries of current employees in line with other positions with their skills and experience in the market earn. However, adjusting the entire pay structure may be an expensive exercise that is neither affordable in the short run nor sustainable in the long run. An alternative but effective way to entice top talent to take a job with an organization is to offer a sign-on bonus. This bonus which is only paid once to new employees also combats pay compression as the basic salary is not increased. 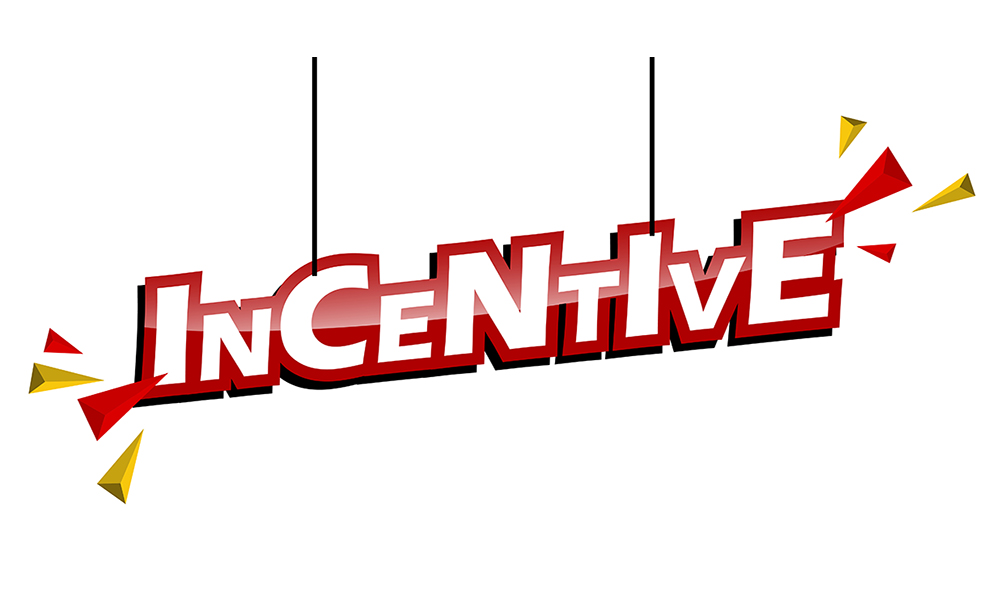 Incentives offered to specific departments because of the nature of their jobs may cause pay compression if they are either too easy or too difficult to reach and qualify for. For example, salespeople who are entitled to a sales-related incentive contingent upon selling a predetermined number of products in a period may be receiving a lower basic salary than other employees in higher positions. However, if the qualifying criteria are very easy to reach, then the full package regularly received by the sales team may be equal to or higher than what employees in higher-ranked positions earn. Alternatively, if the incentive is unattainable then the sales team will end up earning only the basic salary, which may be lower than or equal to salaries paid by employees in lower-ranked positions. This too can cause pay compression.

Performance-based incentives, and other benefits contingent upon some criteria being met, should be regularly reviewed to ensure they are neither too easy nor too hard to meet. It is important to ensure they award employees that perform well in the period without creating pay compression.

Many levels of a job family

Companies that have many levels of a single job family, differing from the responsibilities assigned to each job level, may be prone to pay compression. This is especially so if all the job levels are remunerated similarly.

Companies with different levels of job family must ensure the job family is remunerated in such a way that reflects the differences in duties and responsibilities.