In an unprecedented move that was described by many as the long-awaited milestone for gender equality, Kamala Harris was sworn in as the first-ever female Vice President of the United States of America. Since April 1789, when George Washington was sworn in as President, the American Presidency has been dominated by men, making it one of the most male-dominated jobs in the world. Other professions and occupations, though gender unequal, seem to have moved forward by at least allowing a passage for women. It is 2021, progress has been made and a significant number of women are getting into high-level decision-making positions but there are still many hurdles faced by women executives, aspiring executives and women leaders in general. 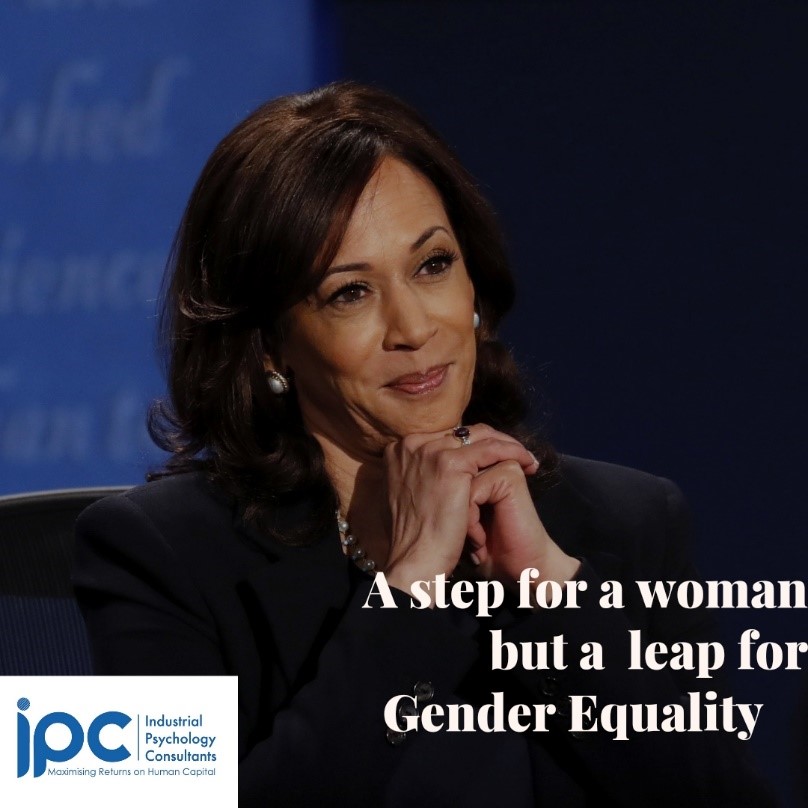 The biggest problem faced by female leaders or aspiring ones is that of stereotypes. For time immemorial society viewed and understood leadership as masculine. Quite a number of our fellow citizens of planet earth still believe that ‘leadership is man. From great Kings, great Generals to great Artist it is all a male-dominated world that history teaches us. For a woman aspiring for a position of authority, there is an implicit need to go an extra mile in convincing others that they possess the right quality, something not done by the male counterparts. Experts suggest that the only way to overcome this challenge is by having more and more women in higher positions to demystify women leadership. Apart from the shattering of glass ceilings, the Kamala Harris Vice Presidency went a step further in showing the world that if the most powerful country in the world, with its strongest economy, mightiest military, nuclear weapons, biggest stock exchange and all other things great about America, can trust a woman to lead then have the capacity to lead. It may not have exterminated stereotypes but it broke them down, it demystified women leadership.

From as far back as 1848, the likes of Elizabeth Stanton had already started agitating for gender quality,however a quick glance on the Government cabinets, Corporate boards or Sporting associations  shows that there is still a long way to go. Regardless of being the majority, globally the share of women in senior positions albeit increasing is at 29%. For the fortune 500 companies the share of women CEOs is at an all time high of 7.4%, translating into a meagre figure of 37 out of 500, meaning that there are roughly 14 male CEOs for every female one. As the corporate ladder gets high, the number of females decrease. Areas like operations, finance etc that produce future CEOs are dominated by men with women relegated to lesser positions. The canvas of gender equality in the corporate world still tells a sorry story and there is a lot to be done. The breaking of glass ceilings  by Kamala is set to convince decision makers, shareholders and stakeholders that its possible, normal and feasible to have a lady leading at the top.

Women across the world are at a disadvantage compared to their male counterparts in the same setting. Be it in the rice paddies of Asia, Cocoa fields of Ghana, boardrooms of the west or lively and vibrant marketplaces of Africa, women are burdened with heavy domestic duties culturally assigned to them. This is one of the major factors impeding the rise of women to leaderships positions both at local, national or international level. Whilst their male counterparts have ample time to learn, explore and improve their talents outside cultural constrains, women are culturally manacled and trapped in the roles that were created in the primitive society to solve our primitive ancestors problem. For one Ngozi Okonjo-Iweala, there are thousands of Nigerian women trapped in obscurity and likely to perish in oblivion, without realizing their talent. The hyper-optimist me would view the rise of Kamala Harris to the second most powerful position in the most powerful nation as an inspirational force that shall diffuse into every village,  primary school, collage, political party and workplace, a force that shall dare girls to dream and convince the society to believe in the equality of a girl child.

Modern studies have shown that soft skills like listening, team work and empathy are critical for one to succeed in the work place. In light of that most recruitment and HR are now looking for soft skills before hiring or promoting a candidate. Most of the women tend to possess such skills in abundance, making them better candidates for the work place of the 21st century. As more and more women get the chance to exhibit and exploit these skills at the top decision-making levels, eventually society will come to realize what it has been missing.

All things being equal there are instances and situations where women are the better leaders than man. Covid-19 pandemic has shown that women can be better crisis managers than men. Most of the countries being led by women have responded effectively to the disease. Maybe its an evolutionary advantage they acquired along the way when they were taking care of the sick back in the cave whilst men were hunting in the thickets and untamed jungles. The response of the former British Prime Minister Madam Thatcher to the Falklands crisis showed the world that female leaders can be assertive, bold and audacious. Madam Thatcher did what was only considered as the preserve of the Churchills and Roosevelt’s of this world and did what the Neville Chambalains were too timid to do, she sent the Argentinians home with their tails between their legs. With Kamala Harris being a senior in the corridors of power she will show the world women capabilities in managing pandemics, terrorism, climate changes and various other plagues bedevilling our world.

In conclusions, yes some serious strides have been made and steps were taken but we are still far from perfect equality at all levels. Though we celebrate our achievements as a specie, we never forget that there is still work to be done. As Kamala Harris was nominated by the affable Joe Biden there is still need for brave and self-confident men out there to stretch their hands and pull up their female counterparts. The rise of Kamala Harris is the culmination of gender and equality activist and all well-meaning human beings across the world. It is a result of a single mother pushing her child through schools, a father dreaming of his girl going to University, teachers nurturing our girls, society giving girls a shot, policy makers uplifting girls, a gender activist holding a placard and countless other unsung heroes. They are all believers and they are raising a Kamala Harris.

To Kamala Harris, it may have been a single step but to humanity, it was a major leap.

Nicholas Mushayi is a Digital Marketing Consultant at IPC. He can be contacted on nicholas@ipcconsultants.com or Whatsapp @ +263777914345.